After booking online, you will receive two emails: a Booking Request email will arrive immediately and a second, separate email with your Booking Confirmation will arrive within 48 hours.

This Booking Confirmation is also your voucher with which you can pick up your tickets at the box office of your chosen event.

The tickets are ready for pick up one hour before the performance starts. We recommend arriving at least 20 minutes before the start of the event.

The dazzling acrobatics of the Lipizzan horses and their riders are an absolute must for any equestrians or horse lovers. The graceful Lipizzaners perform an equine ballet accompanied by classical music and expertly crafted lighting by renowned artist André Heller.


The raw strength of the horses makes their agility and seeming lightness all the more amazing. So much of the enduring appeal of the performance stems from the fundamental contrast inherent within these horses – bred for war, yet trained in high art.

It’s a wonder that must be seen in person. Nothing else can capture the sense of scale, the heightened energy, and the feeling of history one gets from experiencing the performance firsthand. It’s an experience you’re sure to never forget.

History of the Spanish Riding School

The Spanish Riding School in Vienna is the oldest riding academy in the world, and the only one where classical horsemanship of the Renaissance is still cultivated. The school is called "Spanish" because of the Spanish horses, which performed in the early days of the riding school. Today's Lipizzaner stallions are the descendants of this proud Spanish breed, a cross between Spanish, Arabian and Berber horses.

Believe it or not, the stunning precision and fine horsemanship on display at the Spanish Riding School today traces its lineage back to a book by the Greek writer Xenophon 2,500 years ago. From there, the history and traditions of this fine institution only become more interesting and surprising.

However, following the collapse of the Austro­-Hungarian Empire in the aftermath of the First World War, keeping this gem of Austrian culture restricted to the elite was untenable. In 1920, the first public performances in more than 350 years began. But further challenges awaited.

In the chaotic aftermath of the Second World War, the famous horses had been scattered throughout Europe. It took tremendous efforts to ensure the school would survive and that its stallions would be returned.

Now, thanks to all those who fought to save it, the Spanish Riding School remains a cornerstone of Viennese culture and history, progressing alongside the city as it accepted its first female riders in 2008.

Just like any other athletes, the stallions and their riders practice a wide variety of exercises every day, so you’re always guaranteed some variety. The luckiest viewers will be able to see some of the most advanced movements performed in the Spanish Riding School.

From the fascinating origins of the Lipizzan breed to the story of the horses' stunning 17th-century Baroque home, there’s plenty to grab the attention of any visitor. It’s a must­-see on any visit to Vienna.

In addition to the morning exercises and general guided tours, there are many special events on offer at the Spanish Riding School. Often these are special collaborations, like the “Tribute to Vienna,” featuring eight members of the Vienna Philharmonic Orchestra, or the Vienna Boys’ Choir.

We regret that there are no refunds, exchanges or cancellations. If you are unable to use your tickets, you may release them for resale. Please contact us at manager@concertvienna.com.

Confirmation (Voucher) will be received within 48 hours of booking, subject to availability.

You can pick up your tickets at box office of the Riding School directly before the performance. Please bring your printed Booking Confirmation (Voucher).

Your seats will be together, unless noted.

Your seats will be within the selected category. You will be assigned the best available seats at the time of booking. It is not possible to request specific seats.

Children under 3 years are not admitted. 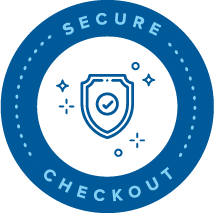